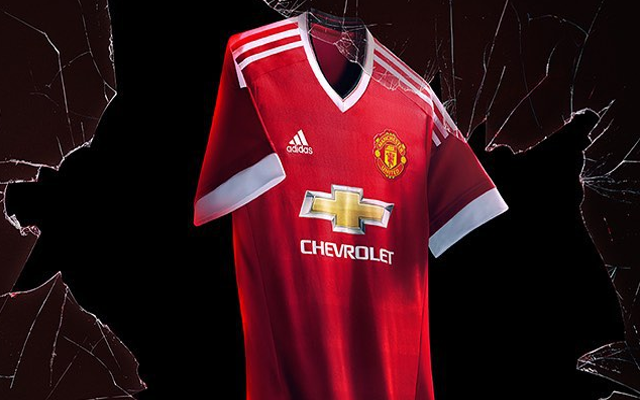 Old Trafford side unveil their new Adidas kit following the end of their long-running Nike deal.

Man United’s Nike kit deal came to an end today and thus began a new Adidas era for the Old Trafford side.

This lovely retro number is the first installment of Man United’s ten year Adidas deal, which will net the Premier League club a whopping £750m.

Prior to their Adidas deal, Man United had spent 13 years with Nike as their kit supplier and the new shirt from Adidas is a real modern classic.

The new kit includes an old-school collar and the overall aesthetic of the kit is a nod to the shirt Man United wore in the 1980s and early 1990s.

View a gallery of players in the @adidasfootball kit & learn how it was made: http://t.co/ahTyBAwEdx #BeTheDifference pic.twitter.com/rL5dZB6FiR