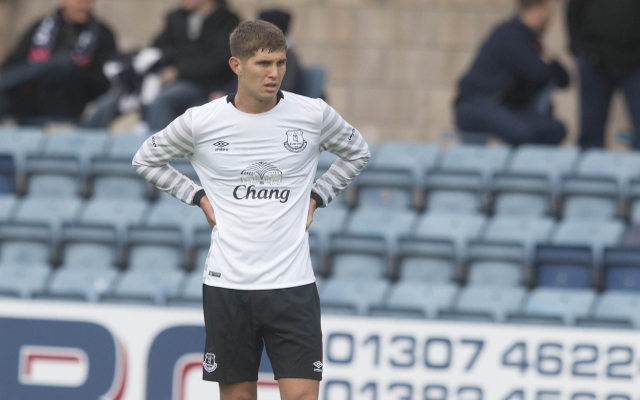 Man United have set their sights on Everton youngster John Stones according to the Daily Mirror.

The 21-year-old defender has impressed greatly since leaving Barnsley for Goodison Park in January 2013 and has become the subject of growing interest over the course of the summer transfer window.

The Daily Mirror claim that both Chelsea and Man City are keen on John Stones and that the Blues have already failed with bids worth £20m and £26m.

Everton want £34m for the England international (via The London Evening Standard) and that would represent a British record fee for a defender purchase (via the Daily Mirror).

Louis van Gaal has something of a shaky defence with the likes of Chris Smalling, Phil Jones and Jonny Evans failing to produce a consistent level of displays in 2014/15, whilst Argentine Marcos Rojo gradually adapted to life in the English top tier following his move from Sporting Lisbon.

Everton boss Roberto Martinez would be loath to lose Stones and has seen other top Toffees performers linked with summer exits.

Belgian forward Romelu Lukaku is said to be another player that interests Man United (via The Sun) whilst winger Kevin Mirallas has been the subject of a West Ham bid (via the Daily Mail).

Everton slumped to an 11th place finish in 2014/15, their lowest since 2006, with the Merseyside outfit’s Europa League involvement having a detrimental effect on their Premier League standing.

Evans failed to impress last term and has fallen down Louis van Gaal’s defensive pecking order as a result.