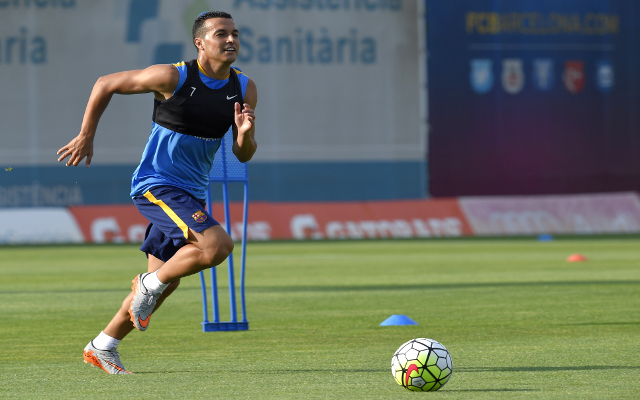 Manchester United could be a step closer to signing Barcelona winger Pedro this summer after quotes from Spanish source Cadena Ser.

With additional information from the Metro, it looks as though the Spanish international has spoken to his family and told them he’s quitting the Nou Camp for a move to the Premier League in this transfer window.

Jamie Lorenzo, the club president of Spanish side Raqui San Isidro, who seems to have ties to Pedro’s family, is quoted as saying: “The other day the mother of Pedro told us that he is leaving for England. I think it would be a good challenge for him and he would have more minutes.”

United are not the only club to be linked with the 27-year-old this summer, and it could be that Lorenzo has received information on another team after not specifically naming the Red Devils as the player’s next club.

Earlier this summer, the Independent claimed that Chelsea were readying a bid for Pedro and that the Blues could be the favourites for his signature, though in recent times it has looked more like United could be leading the running.

This move makes sense if, as expected, Louis van Gaal’s side lose another winger ahead of the new season, with Sky Sports claiming that Angel Di Maria is nearing his switch to Paris Saint-Germain, though a fee still needs to be agreed.

Pedro looks like a player who could fit United’s style of play well, with the pacey attacker playing a key role in this hugely dominant Barca side in his career so far, winning five La Liga titles with the Catalans as well as the Champions League three times.