The Bundesliga outfit have already rejected a £17.5m offer for the 21-year-old, and the Blues will be hoping this escalation in their interest will break the deadlock. The Ghana international made 31 appearances in the German top flight last season, managing four assists along the way. Moreover, his young age means that he will only get better in the coming years.

Jose Mourinho is in need of a new left-back as Filipe Luis has rejoined Atletico Madrid. The 29-year-old was unable to unseat Cesar Azpilicueta at Stamford Bridge, and made just 15 Premier League appearances of which six were from the substitutes’ bench.

However, if they are to replace the Brazil international with Rahman, it may take some doing. Real Madrid and PSG are also interested in the youngster according to the Star, and both teams seem to have a far more straight forward path in to their starting XI than the English side.

Rahman isn’t the only defender that Chelsea have targeted this summer, as they look to refresh a back line that contains 34-year-old John Terry and 31-year-old Branislav Ivanovic. Everton ace John Stones has been strongly linked, and a £26m offer for the 21-year-old has already been rejected [The Guardian].

Having already proven himself in the Premier League, the England international seems a more reliable bet to improve the Blues first team. Rahman is also accomplished though, having helped Ghana to the African Cup of Nations this year under the management of former Chelsea boss Avram Grant. 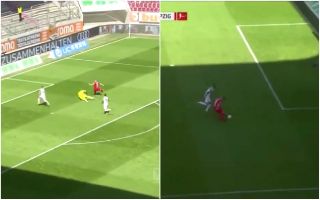