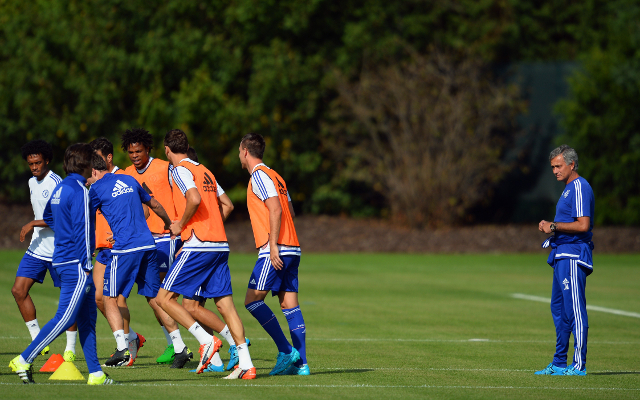 Chelsea boss Jose Mourinho is keen to strengthen his Stamford Bridge defence with the Daily Express claiming the Stamford Bridge side have set their sights on a move for £40m rated pair John Stones and Faouzi Ghoulam.

Mourinho has not been overly active in the summer transfer window thus far but has pushed to bring in fresh options to boost his back-line.

The Blues have reportedly failed with two bids for Everton defender John Stones (via The Guardian) but are still hoping to bring in the 21-year-old England international.

John Stones cost Everton £3m when brought in from Barnsley two and a half years ago (via BBC Sport) and some reports suggest that the Toffees would have to hand the Oakwell side a big chunk of any sum made from the sale of the versatile defender (via the Daily Star).

Ghoulam impressed in his debut season in Naples in 2014/15 and has been linked with a move to Arsenal (SportMediaSet via Daily Mirror).

Jose Mourinho sold Petr Cech to Arsenal and brought in Asmir Begovic to replace the Czech Republic international as well as signing Radamel Falcao on loan from AS Monaco, though apart from these dealing the Portuguese manager has been fairly quiet during the summer transfer window.

The Daily Express claims the combined value of the two defensive targets would reach £40m.