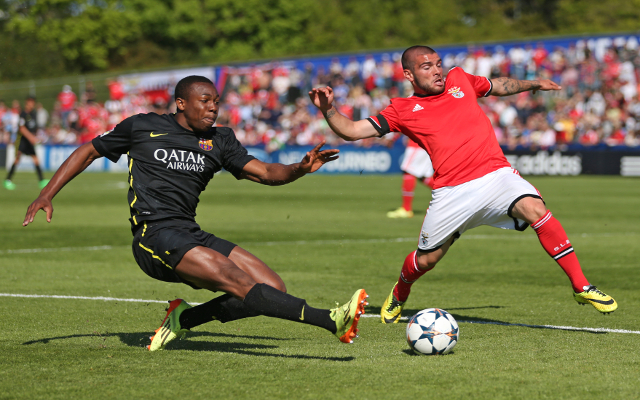 Everton will look to see off competition from local rivals Liverpool as they seek to snap up Barcelona wonderkid Adama Traore according to the Metro.

The Nou Camp side have an expansive B side squad that must be reduced to meet league regulations, Barcelona’s second string compete in Spain’s third tier, and promising winger Traore is one player who could be loaned out this summer.

Toffees boss Roberto Martinez has a good relationship with the La Liga side and brought in Gerard Deulofeu on a permanent basis this summer after the cultured playmaker had impressed in a loan spell at Goodison Park in 2013/14 and will hope to lure Traore with the promise of first team action.

Whilst a move to Anfield may well prove a grander proposition an Everton switch is far more likely to lead to Adama Traore garnering some much needed top level experience that could aid the 19-year-old’s overall career progression.

Adama Traore made his La Liga debut for Barcelona back in November 2013 and scored his first senior goal for the club last December.