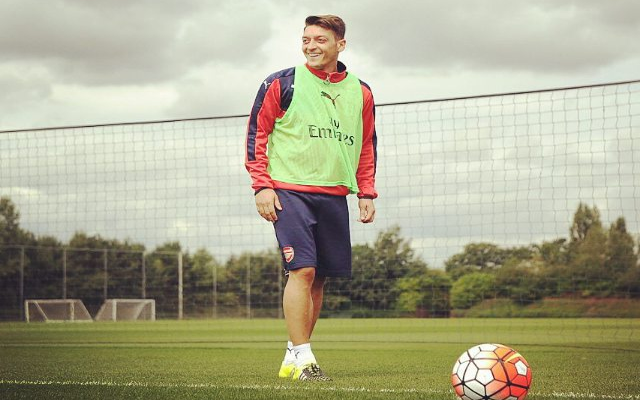 Arsenal star Mesut Ozil enjoyed a rich run of good form in the second half of the 2014/15 season and the German international will hope his north London side can start the season with a bang against Chelsea in Sunday’s Community Shield clash.

Ozil’s Gunners side face the Blues in the inaugural season opener with former Stamford Bridge hero Petr Cech in Arsenal colours in what is likely to be a real blood and thunder clash between Arsene Wenger and Jose Mourinho’s outfits.

The calm before the storm. Last @arsenal training ahead of the big clash on Sunday against Chelsea FC. ?? #CommunityShield #YaGunnersYa