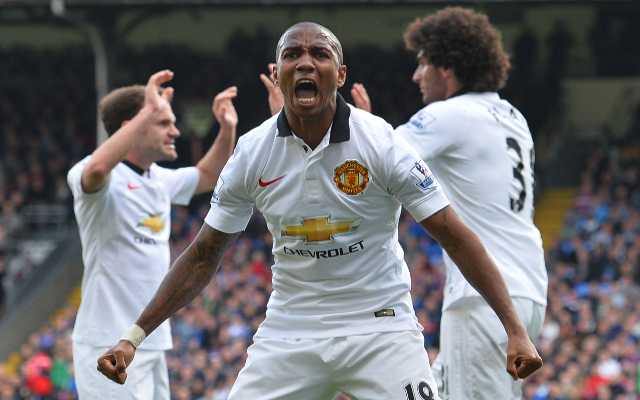 Liverpool boss Brendan Rodgers is ready to conduct a major summer transfer coup after setting his sights on Man United winger Ashley Young according to the Daily Star.

The experienced England international greatly impressed last season but is yet to be handed a new contract by his Old Trafford employers and the arrival of Memphis Depay may well restrict Ashley Young’s involvement in first team action next term.

The 30-year old is now being linked with an £8m move to Anfield with Rodgers looking to replace Raheem Sterling following the youngster’s contentious move to Man City.

Ashley Young’s career at Man United had begun to stagnate but the former Aston Villa man displayed something of a resurgence under Louis van Gaal, working well both at full-back as well as in his primary position on the left-wing.

Only Angel di Maria provided more assists for Man United last season than Ashley Young and the attacker is also being pursued by Tottenham and Newcastle United.

Rodgers has already brought in a host of new signings this summer the most prominent of which being Christian Benteke, Roberto Firmino, Nathaniel Clyne and James Milner.