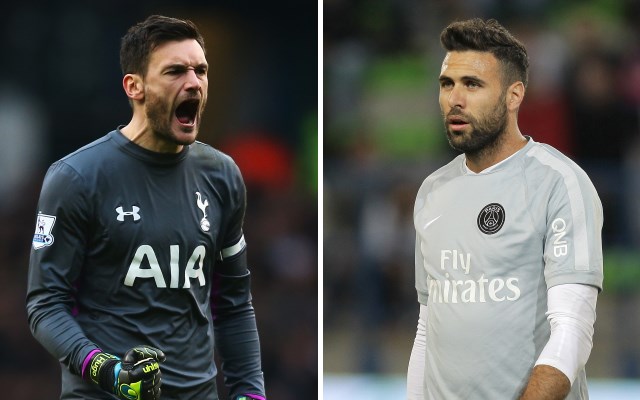 Manchester United will have been boosted by the news that Paris Saint-Germain boss Laurent Blanc may allow Salvatore Sirigu to leave the club, reports Goal. The Italian has been tipped as a possible replacement for Hugo Lloris at Tottenham Hotspur, with the French man himself linked with a move to Old Trafford should David De Gea depart [talkSPORT].

The Red Devils apparently see the 28-year-old as the perfect man to take over from David De Gea between the sticks at Old Trafford [l’Equipe via Metro], and their chances of signing him may well improve significantly if Spurs can secure Sirigu as a replacement-as they are rumoured to be considering [Metro].

The Ligue 1 champions have signed goalie Kevin Trapp from Frankfurt already this transfer window, meaning Sirigu could be allowed to leave.

“Salvatore has a contract with us,” Blanc said, “the situation is not simple for him, but he is one of our three goalkeepers. His situation could change, but everything might stay the same as it is now.”

This entire goalkeeping merry-go-round make take off apace if Real Madrid complete a move for De Gea this summer. United boss Louis van Gaal has finally agreed to allow his star player go to the Bernabeu [ESPN], so a transfer could happen sooner rather than later.

If the switch does go through it will be a major blow for the Red Devils on the eve of the new season. Last time round the 24-year-old helped the team immensely, making up for errors from Chris Smalling, Phil Jones, and Jonny Evans on a regular basis. Without the Spain international it will be far more difficult for them to build on their fourth-place finish in the last campaign.

However, Lloris could be an ideal replacement for the former Atletico Madrid man, having been one of the best stoppers in the Premier League over the last three seasons. The France international has had to deal with a poor defence in front of him, evidenced by the 53 goals conceded in the last top flight campaign, but has proven overall that he can cut it in English football.