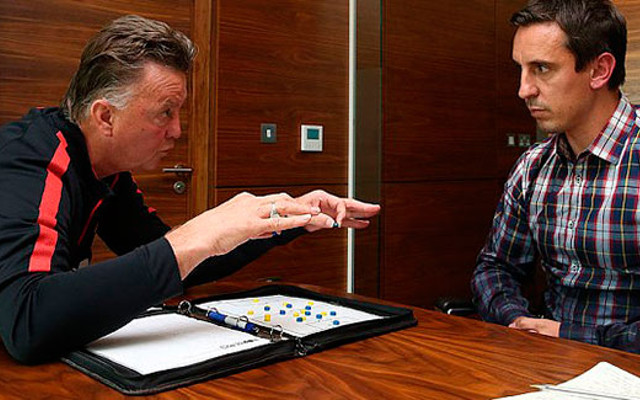 Shock as LVG tips THIS legend to succeed him as manager.

Manchester United manager Louis van Gaal has surprisingly tipped his assistant Ryan Giggs to succeed him as head coach of the Red Devils in 2017.

The Dutchman, who took over at Old Trafford last year, has praised the Welshman for his understanding of the game and of the club in general and believes he could be ready for a quick transition to taking the full manager’s job, according to the Metro.

“Ryan is a hard worker and that is special as ex-players are not mostly hard workers because everything is prepared for players,” Van Gaal said.

“He reads the game very well and is also learning now the training methods and being in front of the group to explain things.

“I think he is doing rather well. He can at the end be a manager, he can succeed me.”