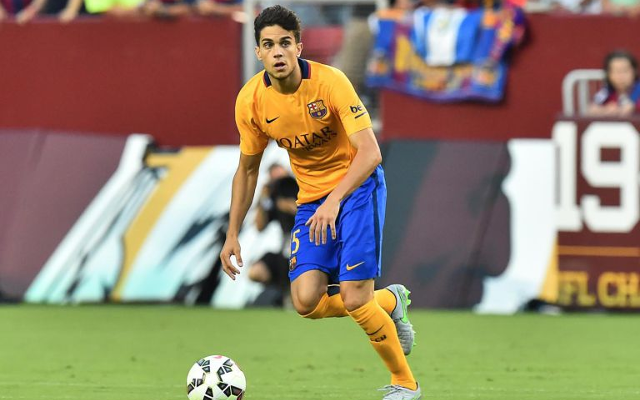 Gunners should get this deal done before the end of the summer.

Arsenal have been urged to sign £7m Barcelona defender Marc Bartra this summer in a move that could cost as little as £7m, according to the Metro.

The young Spaniard has not managed to establish himself as a regular at the Nou Camp in his career so far, but has long been regarded as one of the club’s most promising young talents.

Metro blogger Jason Pettigrove describes the player as an ideal fit for the Gunners and their needs at the moment, due to some unconvincing displays from Per Mertesacker last term.

“Bartra is a composed, ball-playing centre half with a high level of pass success and superb distribution from the back. Perfect for Arsenal,” he writes.

“For what amounts to just over £7m, Arsenal will land themselves a hungry, international class defender, and one who just lacks that little bit of regular experience at the top level.”