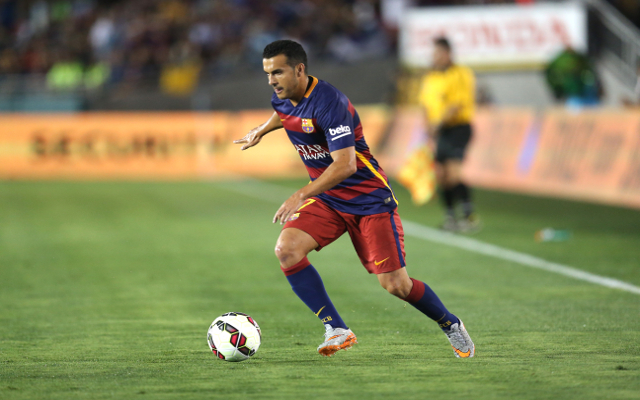 Manchester United are yet to open talks with La Liga BBVA giants Barcelona over the signing of Pedro, according to Sky Sports.

It has been widely reported by various media outlets including Metro Sport that the Spaniard was closing in on a switch to Old Trafford after the two European heavyweights had agreed a fee or £21.1million.

However, fresh details have been brought to light on Monday evening and it’s now understood that while the Premier League side hold a genuine interest in the 28-year-old, there has been no talks between the two clubs and last season’s treble winners have insisted Pedro’s full release clause must be met in order to lure him away from the Camp Nou this summer.

The Spaniard’s future in Catalonia has been called in question following his lack of first-team opportunities during the 2014-15 campaign as he found himself behind Lionel Messi, Neymar and Luis Suarez in the pecking order under manager Luis Enrique.