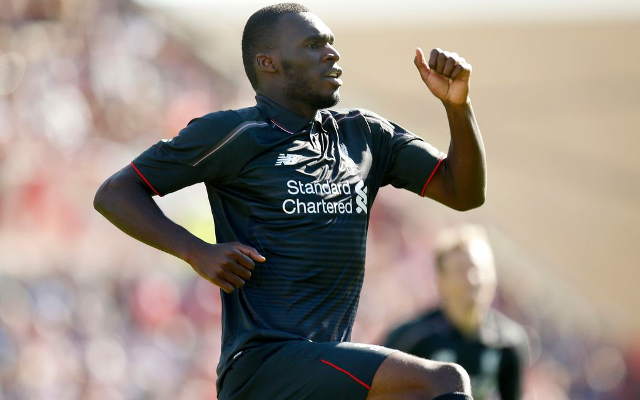 Christian Benteke will wear the famous no.9 shirt for Liverpool during the 2015-16 season.

The Merseyside outfit confirmed the news on their official website on Monday afternoon and the former Aston Villa striker will take over the squad number from Rickie Lambert, who completed his transfer to fellow Premier League side West Brom last week following a disappointing debut season for the Reds.

Benteke will be hoping to have similar success with the no.9 shirt number as that of Fernando Torres, who scored 65 league goals for the Reds across three-and-a-half seasons at Anfield and was a firm club favourite before his departure to Chelsea during the 2011 January transfer window.

The Belgian powerhouse completed his £32.5million transfer to Liverpool earlier in the summer and opened his account for the club in their final game of pre-season against Swindon Town at the weekend as he found the back of the net with a brilliant long-range effort early in the second half at the County Ground.

With Benteke expected to help solve the club’s goalscoring problems from last season, many Kop supporters will be hoping he doesn’t follow suit of a former no.9 in Spanish forward Iago Aspas.