Manchester United manager Louis van Gaal revealed last week that 4-3-3 will be his preferred formation in the 2015-16 season.

The Dutchman told the club’s official website of his plans for the new campaign: “More or less 4-3-3. We played that already last season, in the second half of the season, and I have said that is the system I want to use.

“We played in our shape [on tour] and played how we have to play. That’s also where I have been very satisfied.”

The 4-3-3 formation is a very flexible system, and van Gaal certainly has the personnel within his squad to make it work in many different ways.

The Red Devils hit a good run of form towards the end of last season and much of that was down to the presence of Marouane Fellaini in a more advanced position.

In this version of a 4-3-3, the Belgian could be used as the target man and that would allow Wayne Rooney and Memphis Depay to capitalise on the space the former Everton mad would create in the attacking third.

In midfield Juan Mata would be deployed in his favoured no.10 role and would be able to pull he strings knowing the pairing of either Bastian Schweinsteiger, Michael Carrick and Morgan Schneiderlin would provide adequate protection for the central defenders.

In the event David De Gea does join La Liga giants Real Madrid this summer, then Sergio Romero is likely to be the number one keeper. 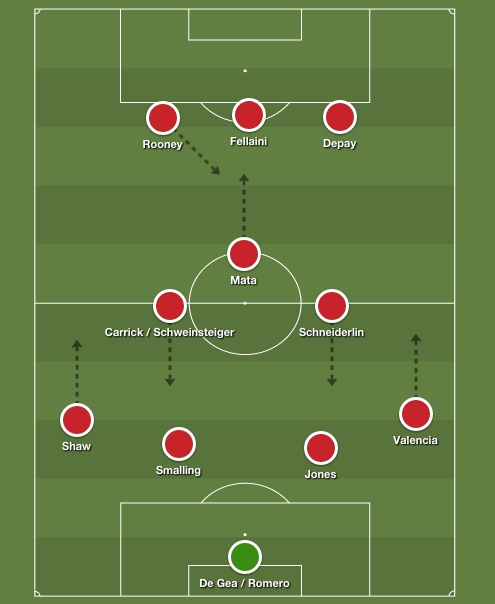 Barcelona transfer target takes to Instagram to give update on his future May 17, 2021 18:03
Olympique Lyonnais