Many teams throughout Europe use this version of the 4-3-3, with the wide players acting as inside forwards and this would give Adnan Januzaj a more prominent role in the first-team next season as he could be deployed on the right-wing and Depay, who impressed for PSV Eindhoven last season, on the opposite side.

In midfield the Red Devils are spoilt for choice to fill the anchor man role as Carrick, Schweinsteiger and Schneiderlin could all excel in that position and that would allow Mata and Ander Herrera to take up the more attacking roles just in front and perhaps form a partnership similar to that of Xavi and Andres Iniesta. 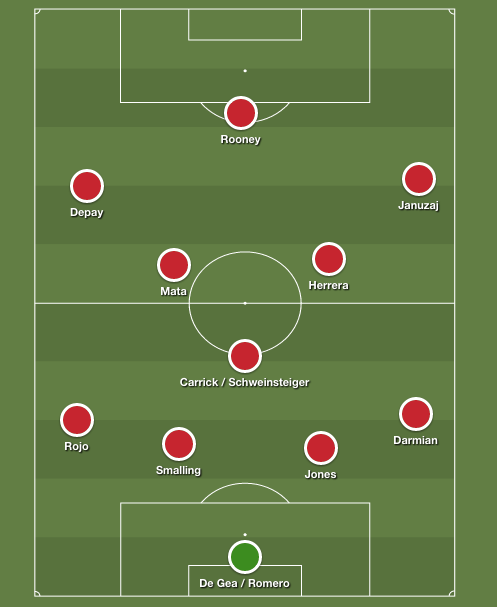