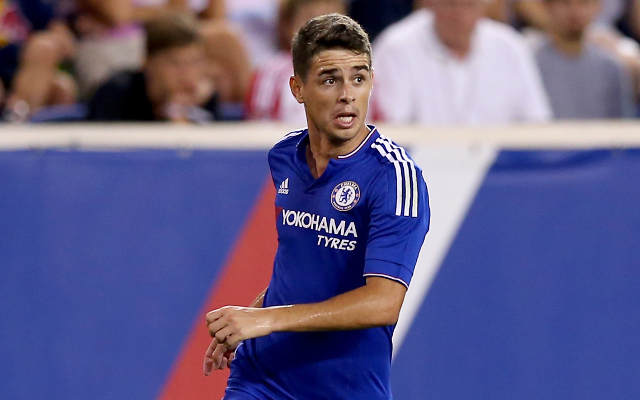 The Old Lady are in the transfer market to strengthen their midfield options following the departures of two key players in Andrea Pirlo and Arturo Vidal, who joined MLS outfit New York City and Bayern Munich respectively earlier in the summer.

Oscar has emerged as a possible target for last season’s Champions League finalists after it was revealed that the Blues were willing to listen to offers for the 23-year-old, who scored six league goals for the West London outfit en route to clinching the Premier League title last year.

However, it appears the Brazilian will not be making the switch to Italy following comments from Juve’s managing director Giuseppe Marotta:

“We are looking for a midfielder to add to our squad, though not necessarily a particular type of midfielder,” he told Italian publication Quotidiano Sportivo.

“Isco and Oscar are both stellar players, but in the case of Juventus – unfortunately, for now – we will never be able to sign them,” Marotta added.

SEE ALSO:
Manager of Chelsea transfer target Abdul Baba Rahman wants quick resolution over defender’s future
Arsenal vs Chelsea for the title would be the best thing to happen to the Premier League since Wenger v Ferguson
Arsenal 1-0 Chelsea: Five things we learned from the Community Shield, featuring Petr Cech

Oscar’s place in Jose Mourinho’s strongest XI ahead of the new season is unclear at the moment after he was named among the substitutes for the Community Shield defeat at the hands of London rivals Arsenal at the weekend.