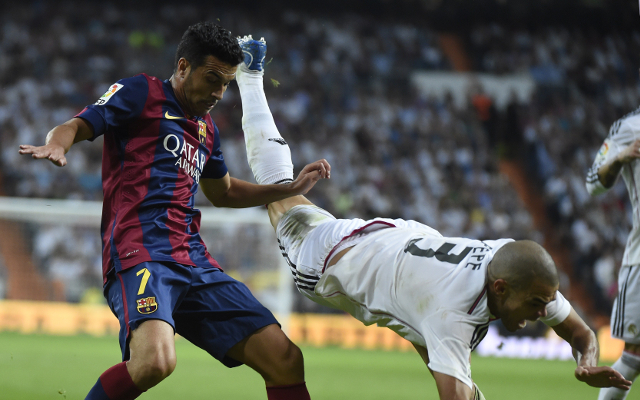 Manchester United are set to complete their transfer dealings with the signings of Spanish international Pedro and Real Madrid defender Pepe, according to Mirror Sport.

The Red Devils are ready to add two more players to their squad following the arrivals of Memphis Depay, Matteo Darmian, Bastian Schweinsteiger, Morgan Schneiderlin and Sergio Romero earlier in the summer as manager Louis van Gaal looks to assemble a squad capable of challenging for the Premier League title this season.

A deal for Barcelona winger Pedro is expected to be completed in the next 48 hours and he is seen as a direct replacement for Paris Saint-Germain-bound Angel Di Maria.

However, the search for a new central defender has been a huge priority for van Gaal this summer and after missing out on signing Sergio Ramos, it appears the Dutchman could now turn his attentions to the Spaniard’s teammate Pepe.

The Portuguese international could be surplus to requirements at the Santiago Bernabeu this year as new manager Rafael Benitez has reportedly decided on his first choice central defensive partnership for the season and Pepe is set to lose out to the highly-rated French youngster Raphael Varane for a place alongside Ramos.