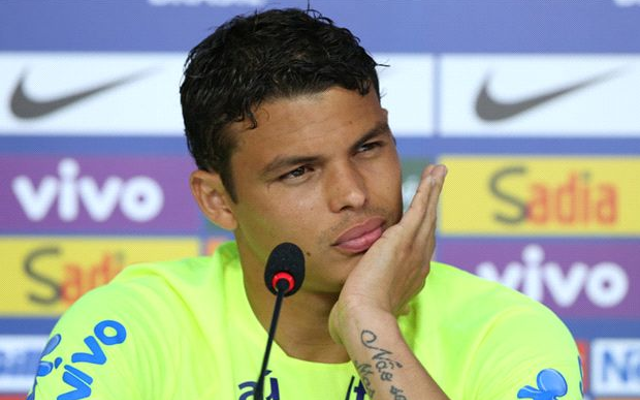 “People now need to respect PSG as one of the big clubs in Europe. Real Madrid and Barcelona are probably on another level, but after that if you join PSG you are you probably taking a step up. We went further than any English clubs in Europe last year.”

It’s fair to say these quotes from Thiago Silva on Angel Di Maria‘s imminent move from Manchester United to Real Madrid have not gone down too well on Twitter, with a selection of the best reaction below…

“Thiago Silva on Di Maria move: “If you join PSG, you are you probably taking a step up.”..(..towards your retirement) #MUFC #PSG

Thiago Silva’s having a laugh. PSG were formed in 1970 mate. United already had a Champions League when they were formed ????????

Thiago Silva: Di Maria is leaving Mufc to join a bigger club. Someone tell him PSG aren’t even the biggest in France. pic.twitter.com/mpIhayVpeA

Thiago Silva saying PSG are a step up from Utd – what’s he smoking?