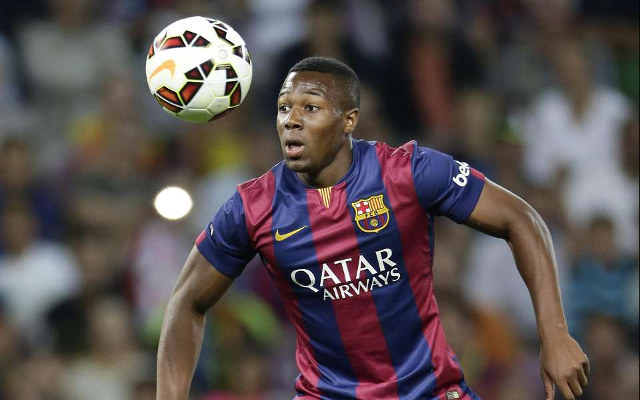 The 19-year-old winger is a product of the Catalan giants’ famous La Masia academy and despite being on cusp of breaking into manager Luis Enrique’s first team squad at the Camp Nou, he has been strongly tipped with a transfer to England over the summer in order to continue his progression.

According to reports in talkSPORT on Monday it appeared the Reds were closing in on a permanent deal for Traore and he was set to become manager Brendan Rodgers’ ninth signing of the summer following the arrivals of James Milner, Adam Bogdan, Danny Ings, Joe Gomez, Roberto Firmino, Nathaniel Clyne, Christian Benteke and teenager Allan Rodrigues de Souza.

However, Villa have emerged as favourites to sign the youngster after opening talks with Barca over a season-long loan deal with the option to purchase the winger for £7million should he impress during the campaign.