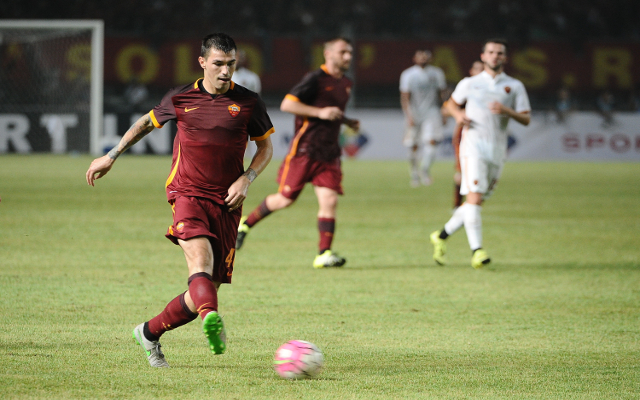 Emirates Stadium side given boost in pursuit of young defender.

Arsenal are reportedly ready to make a move for highly-rated AS Roma defender Alessio Romagnoli according to the Daily Telegraph.

The 20-year-old had been considered a target for Serie A side AC Milan but the San Siro side saw a £20m bid for the centre-back turned down, with AS Roma demanded £25m for the youngster.

Arsene Wenger is said to be keen on Alessio Romagnoli, who was part of Italy’s European Under 21 Championship squad this summer, but one wonders whether the Gunners boss is ready to make such a big offer for a player with relatively little top tier experience.

Arsenal’s interest in a new central defensive is perhaps surprising given that Arsene Wenger sees Laurent Koscielny and Per Mertesacker as his first choice pairing whilst also having signed Brazilian Gabriel Paulista in January to boost his options at the back.

Alessio Romagnoli greatly impressed during his season long loan spell at Sampdoria last season and is considered one of the hottest defensive prospects in European football at present.