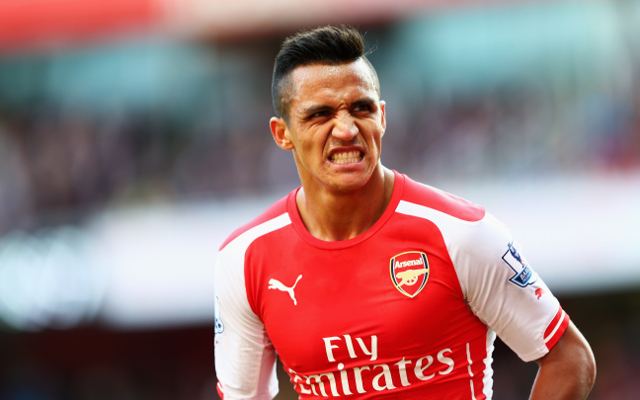 Alexis Sanchez has played no part in Arsenal’s pre-season preparations this summer following Chile’s Copa America triumph – in which he scored the winning penalty against Argentina – and his return was further delayed on Monday.

He was expected to link up with his Gunners team-mates on Monday, but was forced to spend the night in Paris while a new visa was processed, London Evening Standard journalist James Olley reports:

Sanchez will begin training tomorrow, as Olley states, but isn’t expected to start for Arsenal this weekend.

The Gunners kick off their 2015-16 campaign with a London derby at the Emirates against West Ham United on Saturday.

After Sunday’s Community Shield victory over Premier League champions Chelsea – making it three trophies out of three for the summer – confidence is certainly high in the Arsenal camp ahead of the new season.