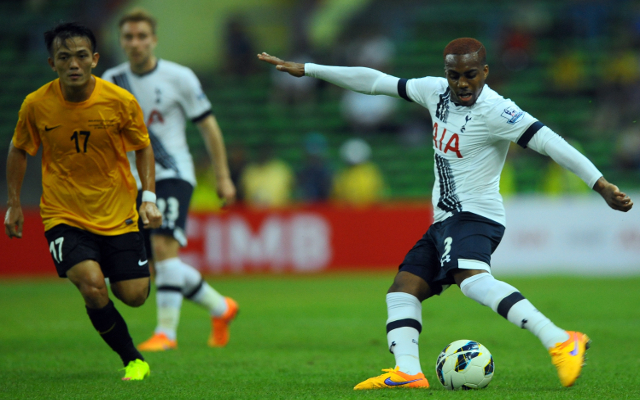 Chelsea boss Jose Mourinho has set his sights on Tottenham left-back Danny Rose according to the Daily Mirror.

The 25-year-old moved to White Hart Lane in 2007 and after a number of loan spells the former England Under-21 international is now a regular in the Spurs first team set-up.

Last season Rose was handed 27 Premier League starts and received a call-up to the senior national team set-up early in the 2014/15 campaign.

Mourinho has sold Filipe Luis back to Atletico Madrid and finds himself short on full-back options, with Spanish Cesar Azpilicueta still the Blues manager’s first choice to fill the left-back berth.

Chelsea have been strongly linked with an interest in Augsburg wide-man Baba Rahman with the Daily Mirror stating that a £17m bid to bring in the Ghana international has been agreed.

Mourinho is also tracking Galatasaray’s Alex Telles (via Eurosport) but knows that a move for Rose would help boost the Stamford Bridge side’s home-grown contingent.

Having finally become a first-team regular at Tottenham, after years in the shadows, Danny Rose will have to think long and hard about a possible move from North to West London.

With Azpilicueta being a firm Mourinho favourite it’s likely that Rose would have to bide his time on the Blues bench before garnering meaningful game time at Chelsea. Such a spell could affect the defender’s overall career progression in a detrimental fashion.