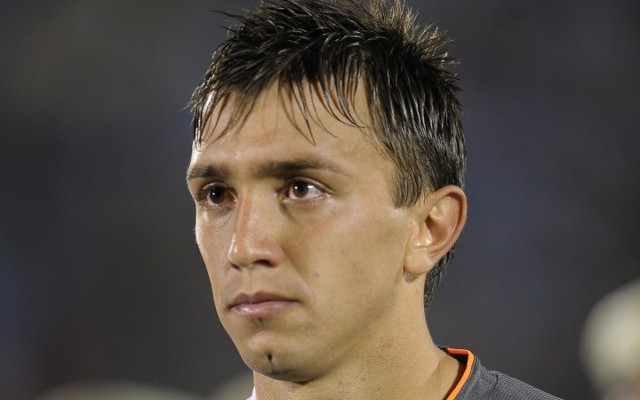 According to reports in Turkish media outlet AMK [via Metro Sport], the Red Devils are prepared to table a huge £24.5million bid for the Uruguayan international, who has produced a number of impressive performances for club and country in recent years.

United efforts to sign another goalkeeper this summer following the arrival of Sergio Romero last month, could signal the end of De Gea’s career at Old Trafford as he has been strongly linked with a return to Spain since the end of last season and the Santiago Bernabeu is the most likely destination for the 24-year-old.

The former Atletico Madrid man was in fine form between the sticks for the Old Trafford outfit last season and he was arguably the main reason as to why the club was able to secure an immediate return to the Champions League after one season out of Europe altogether.

United supporters will surely be upset to see the back of De Gea should he leave for Real Madrid and there will be question marks as to if Muslera or Romero are capable of replacing the Spaniard as the club’s number one goalkeeper.