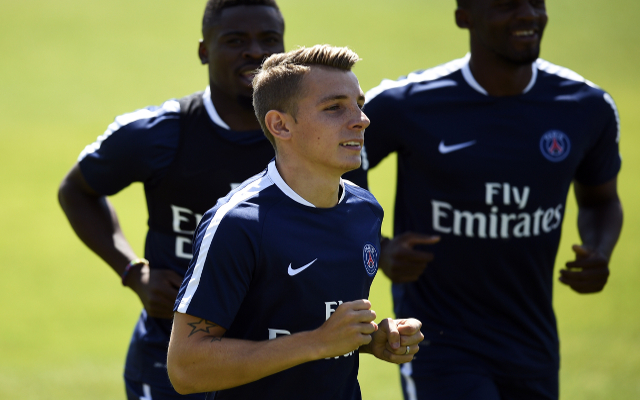 Liverpool are in pole position in the race to sign PSG left-back Lucas Digne according to the Daily Telegraph.

The 22-year-old arrived at the Parc des Princes from Lille two years ago and was considered one of the hottest prospects in European football at the time.

However the French international has found it hard to retain a foot-hold in Laurent Blanc’s starting eleven, with the PSG boss preferring to use Brazilian veteran Maxwell, and is said to have put in a transfer request.

Brendan Rodgers moved to improve his options at right-back by releasing Glen Johnson and then replacing the long-serving defender with Southampton’s Nathaniel Clyne, and now the Liverpool manager is seemingly ready to conduct a similar switch on the left-hand side of his defence.

Liverpool signed Alberto Moreno from Sevilla last summer and the Spanish international enjoyed an average debut campaign on Merseyside and now appears to be in danger of losing his starting spot, should Rodgers advanced for Digne succeed.