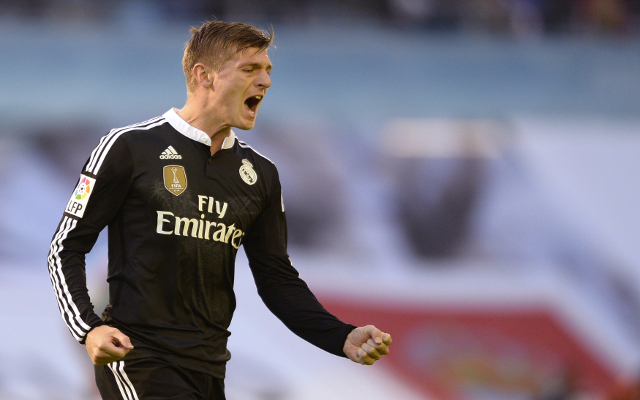 Liverpool are reportedly preparing a move for Real Madrid midfielder Toni Kroos amid speculation that the German international could be about to leave the Bernabeu according to the Metro.

The 25-year-old is apparently unhappy with life at the Spanish giants and the £35m rated playmaker is, unsurprisingly, now the subject of growing interest across Europe with PSG seemingly the side most likely to lure the former Bayern Munich man into a summer transfer.

Brendan Rodgers has made Kroos a ‘key target’ though one wonders just how likely a move to Anfield for the World Cup winner would be given that Liverpool do not have Champions League football to offer the Real Madrid star.

Real Madrid signed Toni Kroos in €30m (£21m) deal last July and the cultured midfielder made 55 appearances in all competitions as Carlo Ancelotti’s side failed to retain their Champions League and Copa del Rey titles, ultimately leading to the Italian’s dismissal.

Rafa Benitez has taken over from Ancelotti and may well be considering alterations to Real Madrid’s starting eleven, which could heighten the chances of Toni Kroos making a late summer exit.

Brendan Rodgers has brought in a number of top additions this summer with the likes of Roberto Firmino, Christian Benteke, James Milner and Nathaniel Clyne proving excellent purchases, however a successful move to sign Toni Kroos would trump all previous moves made by the Northern Irishman in the summer transfer window,