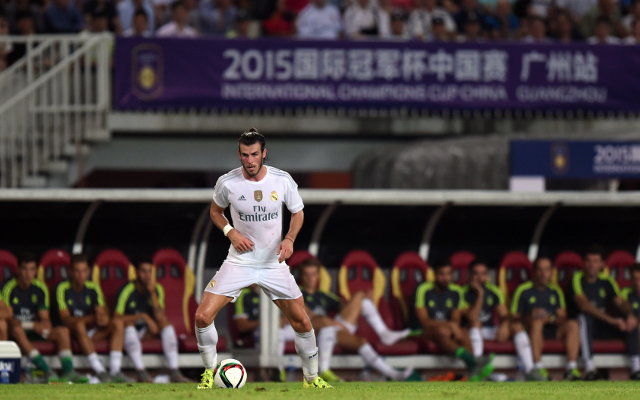 Man United have failed with two big money offers for Real Madrid winger Gareth Bale this summer according to The Sun.

The 26-year-old has proven an overall success since his move from Tottenham to the Bernabeu two years ago though was last season the subject of a great deal of criticism from a section of Real Madrid’s fans (via the Daily Mail).

Real Madrid paid a world record fee to bring in Bale (via The Daily Telegraph) and the Welshman scored 22 goals in his debut season in the Spanish capital, including efforts in both the Copa del Rey and Champions League finals, but last season he became something of a scapegoat as Carlo Ancelotti failed to retain the titles secured in 2013/14 and the Italian paid the price when he was sacked.

Newly appointed manager Rafa Benitez is keen to use Bale in a more central role (via the Daily Mail) and The Sun states that club president Florentino Perez refused the Premier League side’s advances.

Gareth Bale is of course a proven Premier League performer, the Cardiff born wide-attacker winning PFA Player of the Year awards in both 2011 and 2013, and would offer Man United a fresh option in the final third.

The Sun claims that Man United offered £100m for the Real Madrid star on two occasions, offers that would have smashed the world transfer record.

Man United are set to sell Angel di Maria to PSG in a bid worth around £44.5m (via BBC Sport) in a move that would help finance a big money bid and the club are also bankrolled by a big £750m Adidas kit deal (via BBC Sport).