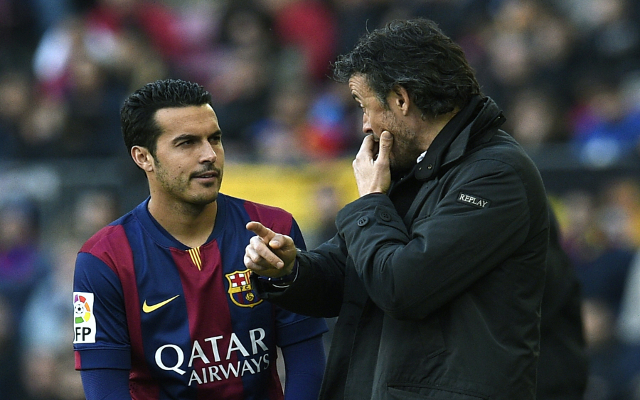 Manchester United are set to complete the signing of Barcelona attacker Pedro, according to the Daily Mirror.

Old Trafford boss Louis van Gaal is set to complete the sale of Angel Di Maria to Paris Saint-Germain for a reported fee of £44.5 million (via BBC Sport), and Pedro would represent a very able replacement for the Argentine.

Pedro is an experienced versatile attacking weapon that can be used in a central striking role or in his more usual spot out on the flank.

The Tenerife-born Barcelona star has won a host of honours over the course of his eight seasons in the Barcelona first-team set-up, and has racked up 98 goals in 318 appearances, with one of those goals coming in the 2011 Champions League final against Man United.

Van Gaal has had a very busy summer in the transfer market, with the United manager bringing in Memphis Depay, Matteo Darmian, Bastian Schweinsteiger, Morgan Schneiderlin and Sergio Romero, whilst offloading a host of talents including Robin van Persie, Nani and Tom Cleverley.

The Daily Mirror claim that Man United are set to complete a £20m deal to sign Pedro within the next 48 hours, even though the Barcelona forward’s release clause is set at a slightly higher sum of £24m.