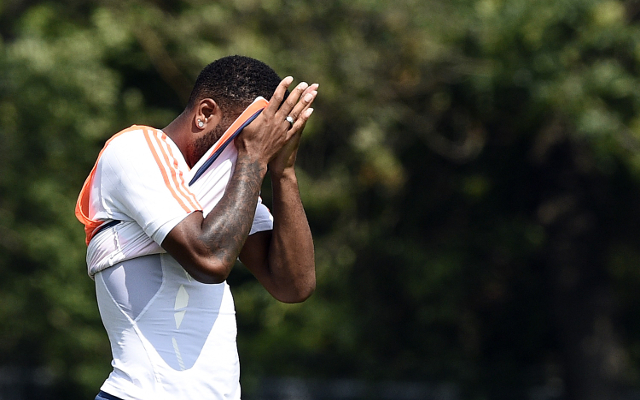 Arsenal and Liverpool target Alexandre Lacazette has told Lyon he wants to leave the Stade Gerland according to L’Equipe (via the Daily Mirror).

The 24-year-old forward enjoyed a phenomenal season in 2014/15, netting 31 goals in all competitions, and is now seemingly keen to leave for pastures new.

The Daily Mirror claims Lacazette is valued at a very reasonable £21m and could certainly provide a strong goal-scoring option for either Arsene Wenger or Brendan Rodgers.

Lacazette has spent his entire professional career at Lyon, making his debut for the Ligue 1 side in May 2010, and is now a regular in Didier Deschamps’s French national team set-up.

Rodgers has moved to strengthen his Anfield attack this summer, with the likes of Rickie Lambert, Mario Balotelli and Fabio Borini all failing miserably last term.

Liverpool have brought in Danny Ings, Roberto Firmino and Christian Benteke to boost their attack as Rodgers seeks to once again force his side into the top four.

Arsenal boss has made just one major summer signing, that coming in the form of Chelsea keeper Petr Cech, whilst he has seen Lukas Podolski move to Galatasaray and loaned out Yaya Sanogo to Ajax.

The Gunners boss used Olivier Giroud as his chief central striking option in 2014/15 but the French forward was only effective in streaks, managing a run of ten goals in ten matches across February, March and April before going eight games without a goal.

Alexandre Lacazette could offer the North London side a new spearhead for their attack and Wenger does have a penchant for signing his fellow compatriots.