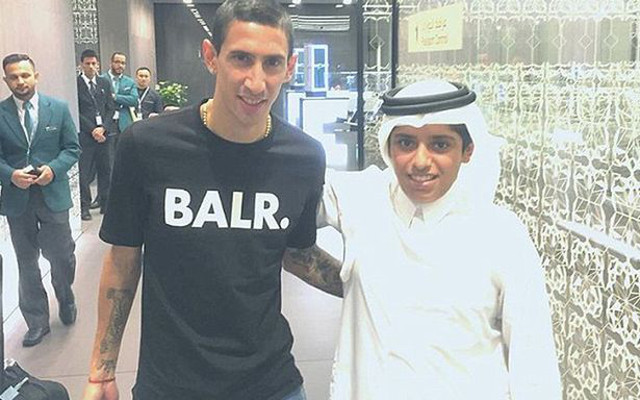 Manchester United increased Paris Saint-Germain‘s transfer fee for Angel Di Maria following the posting of an image with the player in Qatar.

According to the Daily Star, Louis van Gaal was left seething when the photo of the club’s record-signing away in the Middle East emerged earlier this week, and led to the coach demanding that the Ligue 1 giants-who are owned by Qatari businessman Nasser Al-Khelaifi-cough up £3m more for the player following its release.

The British newspaper claim that Di Maria had been given permission to hold talks with PSG over a summer transfer, but had not been given authorisation to fly out to Qatar – where he underwent his medical on Tuesday.

The Argentina international was also fined £360,000 – two weeks’ wages – for failing to turn up for United’s pre-season tour of the States [via the Independent], in what has been costly transfer saga for the player and his imminent new club.

His move to the Parc des Princes is set to cost Les Parisiens £46m, the Daily Star report, and he could be presented as a PSG player this weekend, according to RMC Sport journalist Mohamed Bouhafsi.

Di Maria, on Tuesday night, finally broke his silence over his future, and spoke of his happiness to be heading to the French capital.

“I am very happy to join PSG. What I know about PSG is that it is a team that won all the possible trophies in France last season,” he told BeIn Sport, as quoted by the Express.

The former Real Madrid forward broke the British transfer record last summer after swapping the Santiago Bernabeu for Old Trafford in a £59.7m deal [via BBC Sport], and despite a promising start, with goals against Queens Park Rangers, Leicester City and Everton, he quickly fell out of favour in Manchester.

He was handed just 1645 minutes of action under van Gaal, and clearly had no desire to spend a second year under the guidance of the Dutchman, or the demanding environment of the Premier League.