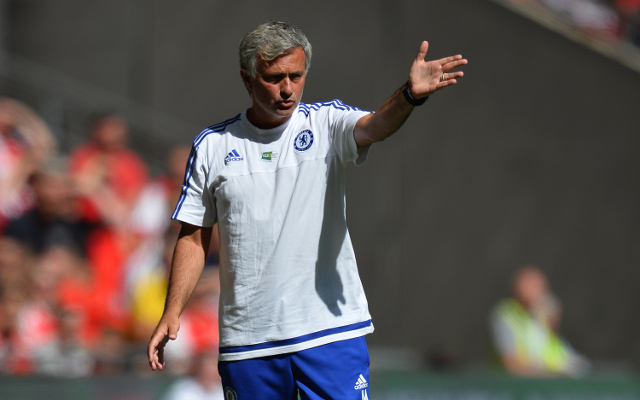 Chelsea manager Jose Mourinho could be in hot water this morning after reports claim that the Portuguese boss failed to turn up for a Premier League summit on Tuesday – a requirement before the start of the new season.

The conference takes place at the Premier League HQ in Gloucester Place, London, but there was no representative from the English champions.

The Daily Mail suggest that Mourinho may have been avoiding Arsene Wenger following their refusal to shake hands at Wembley Stadium after Arsenal’s Community Shield victory on Sunday – though this claim is almost laughable.

According to the report, Chelsea have not provided a reason as to their absence, despite Premier League officials insisting that attendance is a must.

Among the points of discussion at the meeting are refereeing decisions and rule changes – with the new offside regulation, in which a player will now be penalised if he ‘makes an obvious action which clearly impacts on the ability of an opponent to play the ball’ [Sky Sports], likely to have been a major talking point.