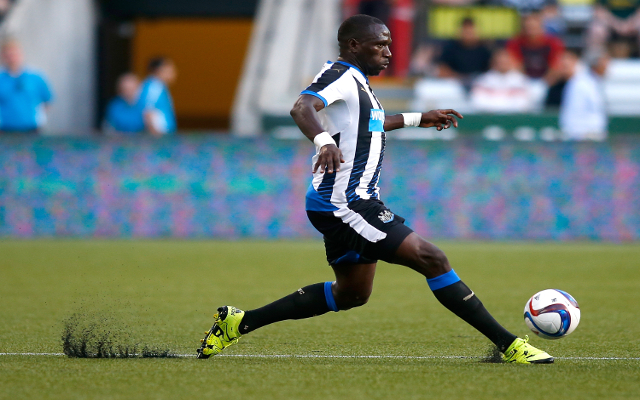 Liverpool and Manchester City are both in pursuit of Newcastle United midfielder Moussa Sissoko, according to the Daily Star.

The 25-year-old French international saw his Magpies side narrowly avoid relegation to the Championship last season, with Sissoko scoring in the club’s crucial final day win over West Ham United. The technically-proficient French international has proven to be a success since his move from Toulouse to St James’ Park.

Sissoko offers a strong midfield presence, he is a player capable of getting stuck in when necessary, whilst also being a threat in the final third. He is a regular in Didier Deschamps’s national team set-up, despite his side’s lowly standing in the English top tier.

Liverpool’s options in this regard are arguably less plentiful, especially following the departure of Steven Gerrard to MLS side Los Angeles Galaxy.

Brazilian battler Lucas Leiva has struggled with injuries in recent seasons, whilst Joe Allen hasn’t proven all that impressive since his move from Swansea City to Anfield.

Fortunately, Liverpool boss Brendan Rodgers has seen Jordan Henderson mature into a hugely effective performer, while the arrival of James Milner will offer strength in depth in a number of roles.

The Daily Star believes Sissoko’s value is upwards of £17m, with the Paris-born star being tied down to a long-term Newcastle United contract that runs until 2019.

Steve McClaren’s side have already parted with a reported £8m to bring DR Congo international Chancel Mbemba to the north east this summer [The Guardian]. While the 20-year-old can thrive as a centre-back, he can also flourish in a defensive role in the middle of the park, and may represent a replacement for Sissoko should the former TFC man depart.