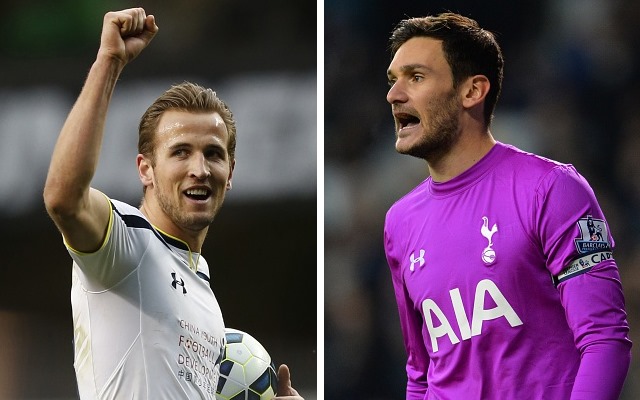 Van Gaal has already invested heavily in his squad this summer, the captures of Bastian Schweinsteiger & Morgan Schneiderlin perhaps being the most high-profile, but the Old Trafford side are set to secure around £44m from the sale of Angel Di Maria to PSG (via BBC Sport) and the Dutch manager appears ready to once again dig deep.

The Old Trafford side are said to have made a £45m bid for 22-year-old England international Kane (via the Marca).

Kane, who netted 31 goals in all competitions last season, would offer van Gaal a fresh central striking option with Robin van Persie having been sold to Fenerbahce

Louis van Gaal is said to have a £20.9m move ready for Lloris just as soon as David De Gea is sold to Real Madrid (L’Equipe via the Metro)

The French international keeper would be a strong reliable replacement for De Gea and van Gaal has already moved to bring in a strong back-up, in the form or Argentine Sergio Romero, with Victor Valdes set to leave Man United.