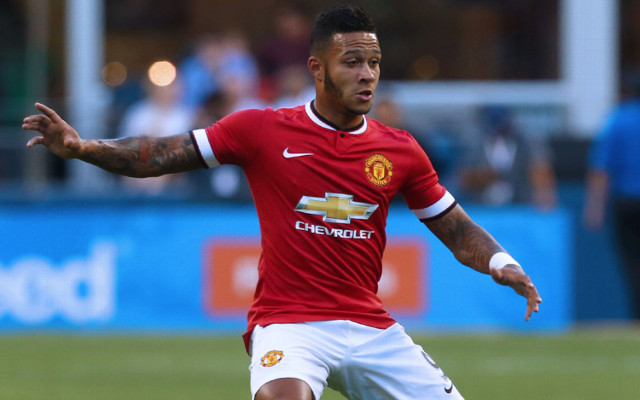 The current owner of that squad number is the club’s record signing Angel Di Maria and his expected transfer to reigning Ligue 1 champions Paris Saint-Germain must be completed by midday on Friday in order for Depay to get his wish.

The ex-PSV Eindhoven forward now faces an anxious wait as to when the Argentine’s move is made official, otherwise, he will be forced to stick with the no.9 shirt number that he has been using during pre-season after Radamel Falcao had vacated it following his departure at the end of last season.

Should the 21-year-old be named the club’s latest number seven then Depay will be hoping to emulate United legends Eric Cantona, David Beckham and Cristiano Ronaldo, who have become symbolic with that shirt number over the years.