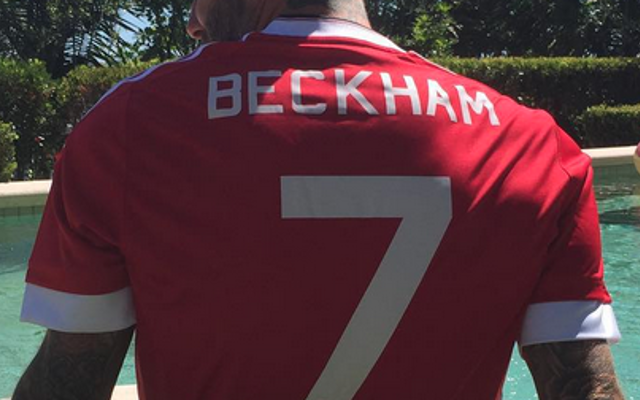 Manchester United legend David Beckham has posed in the Red Devils’ record-breaking new Adidas shirt, and it certainly seems to have the famous No.7’s approval.

Beckham made over 265 appearances for the Premier League giants before sealing a €35m move to Real Madrid, and later added LA Galaxy, AC Milan and Paris Saint-Germain to the illustrious lists of clubs played for.

However, if supporters are hoping to get his famous named etched on the back of their jersey, there’s bad news, as image rights prevent the likes of Beckham, Eric Cantona or Cristiano Ronaldo to be printed, the Manchester Evening News sadly report.