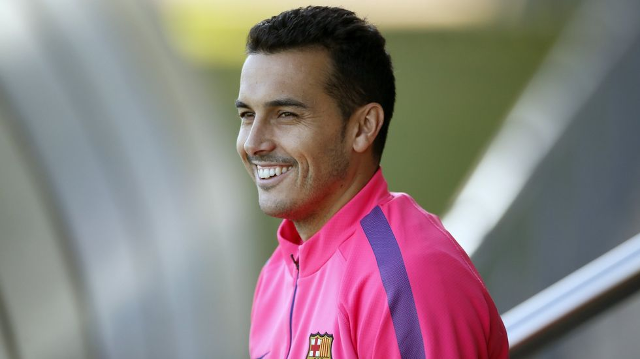 Manchester United are closing in on the signing of Barcelona forward Pedro, following reports in Spain that the player is set to undergo a medical at some point this week.

According to former FIFA accredited agent Vincent Rodriguez, who broke the news via his official Twitter account on Wednesday afternoon, the Red Devils have activated the £22million release clause in Pedro’s contract and he is set to become manager Louis van Gaal’s sixth signing of the summer transfer window.

I can confirm that Pedro will have a medical in Manchester this week. Manchester United have today agreed to met the buy out fee of £22m

With club record signing Angel Di Maria on the verge of completing his move to reigning Ligue 1 champions Paris Saint-Germain, United have moved swiftly to bring in a direct replacement and there were reports earlier in the week that Pedro could be in attendance for the club’s season opener against Tottenham at Old Trafford on Saturday.

Pedro made just 15 league starts for the Catalan giants last season, however, he was still able to weigh in with six goals including a stunning finish against Real Sociedad which all but clinched the title for Barca.