Barcelona are going to have to let 13 of their ‘B’ team players leave the Nou Camp this summer after it was revealed they have 35 players to fill the 22 squad places for the team, reports the Daily Mirror.

This surplus will likely mean that the Catalan heavyweights need to offload players so that they do not have players on their books who will be unable to feature during the coming campaign.

Among the players who could part, several have been linked with moves to the Premier League, and the club’s need to reshuffle may well see some of them secure moves across the channel. Arsenal, Liverpool and Everton are among those who could take advantage of the situation, and here are a trio of stars who could be set for a switch to the EPL before the transfer window closes.

While all of these three are still at early stages of their development, they would likely contribute the technical prowess, composure, poise and self confidence that so often comes with being a product of Barcelona’s fabled La Masia academy [Daily Mail]. 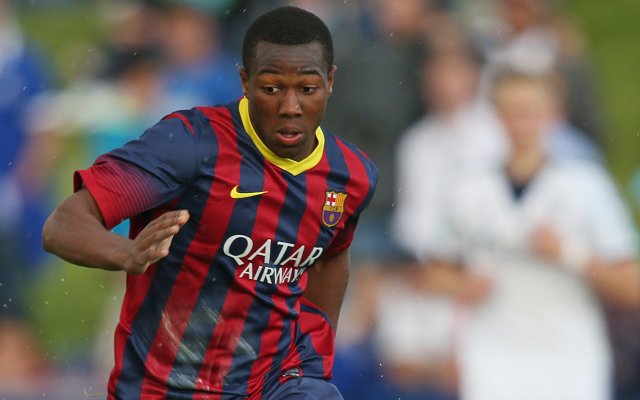 The wonderkid has been linked to Liverpool recently [Daily Mail], with Barcelona understood to be wanting a loan move for the player, rather than a permanent transfer.

The forward has only made four appearances for the first team at the Nou Camp, but the Reds have clearly seen enough to make him a target.

It is not immediately clear where the 19-year-old would fit in alongside Brendan Rodgers’s new additions Christian Benteke, Danny Ings, and Roberto Firmino. while Daniel Sturridge and Philippe Coutinho represent existing offensive options for the Merseysiders.