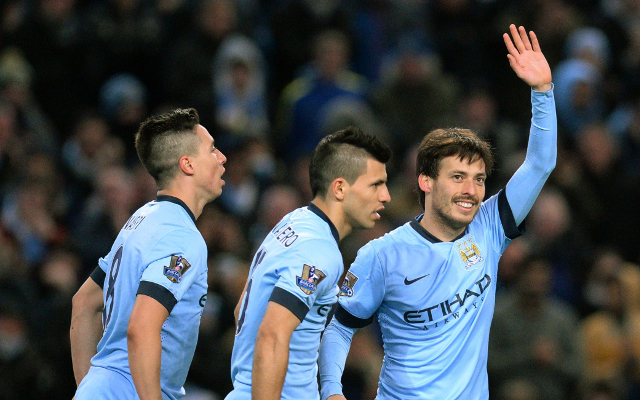 Manchester City could be without three key players for their Premier League season opener against West Brom on Monday night, Mirror Sport reports.

Sergio Aguero, David Silva and Samir Nasri were all absent from the club’s traditional fans event in Manchester on Wednesday evening as they were advised by the club’s doctors to stay at home after suffering with a stomach bug during training and that has placed their participation for the game against the Baggies in serious doubt.

Manager Manuel Pellegrini will surely be keen to have the trio available for the game at the Hawthorns, however, with his side welcoming Chelsea to the Etihad Stadium just six days later, it would be advisable for him not to risk them given just how big the test against their fellow title rivals will be.

Should all three fail to make the starting XI next week then new signing Raheem Sterling will almost certainly make his debut for the club and he could play just behind Wilfried Bony, who is expected to begin the season as back-up to Aguero for the lone striking role.