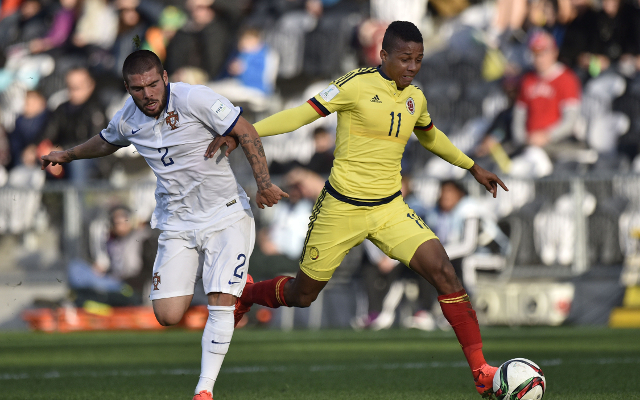 Tottenham are leading the race ahead of several top European clubs including Atletico Madrid and PSV Eindhoven for the signing of highly-rated Colombian youngster Jesion Lucumi, Mail Sport reports.

The 20-year-old shone at the South American Youth Championships earlier in the year as he scored four goals for Colombia, who finished as runners-up to Argentina.

His form during the competition has attracted interest from clubs across Europe and Spurs are believed to be in the driving seat for the starlet’s signature and a member of the board at the youngster’s club side America de Cali is expected to travel to the UK in order to complete a deal before the transfer window closes next month.

However, an expected stumbling point is likely to be the fact that Lucumi will almost certainly fail to meet the criteria to obtain a work permit to play in England and that will leave Spurs with two options.

One would be to apply for an exceptional talent visa and the other is to loan him out immediately to a club in Europe until he’s permitted to make his debut for the North Londoners.