Arsenal winger Alexis Sanchez has made his long awaited return to training following his extended summer break due to Chile’s winning of the Copa America tournament.

Arsene Wenger today revealed that Sanchez is unlikely to feature in their opening game of the Premier League season against West Ham United, but no definitive decision on his inclusion to the squad will be made until the end of this week.

Danny Welbeck and Jack Wilshere will both miss out on Saturday, with the latter set to be sidelined for six to eight weeks after a training ground challenge from Gabriel Paulista resulted in a hairline fracture to his right ankle.

The good news is, however, that Sanchez – who was named the club’s Player of the Year last season following a stunning debut campaign at the Emirates – is back and raring to go.

Arsenal took to their official website to post images of the former Barcelona star in action at London Colney on Thursday, in what is his first training session with the Gunners this summer. 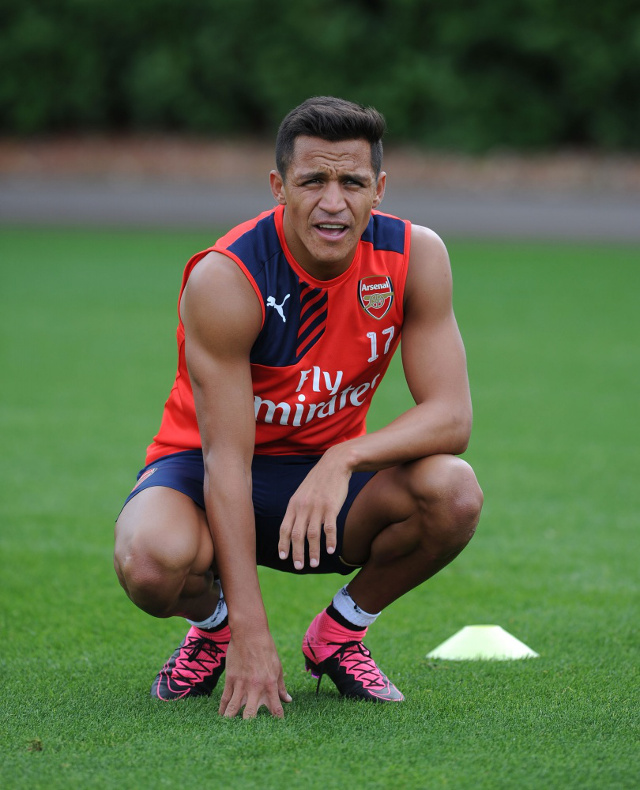