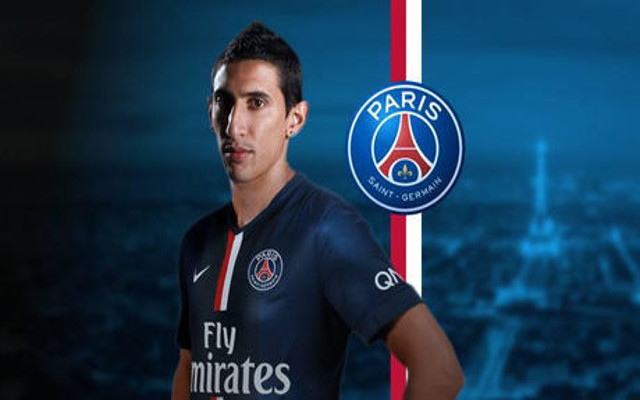 Angel Di Maria‘s transfer to reigning Ligue 1 champions Paris Saint-Germain from Manchester United was officially confirmed by both clubs on Thursday afternoon and it has brought about the inevitable reaction from those on social media.

The Argentine international only joined United from La Liga giants Real Madrid last summer for a club record fee of £59.7million [via BBC Sport] and departs the Barclays Premier League after just one season as he failed to produce his best form on a consistent basis.

Despite finishing the 2014-15 campaign with three goals and 10 assists in the league, it was clear that he was having trouble adjusting to the demands of English football and it seemed there was no way back for him at Old Trafford after he failed to turn up for the club’s pre-season tour of the United States earlier in the summer.

Di Maria is now set to bolster what is already a star-studded squad at the Parc des Princes stadium as he alongside the likes of Zlatan Ibrahimovic, Edinson Cavani and Thiago Silva will be hoping to lead PSG to Champions League glory this season.

Take a look at a selection of messages on Twitter as football fans from all over the world have been reacting to the news.

Thank god Di Maria has officially gone. Now we can move on and focus for our first game of the season. That dragged on way too long.

Di Maria to PSG is officially confirmed. He didn’t want to be here in the first place but to leave the way he did was just wrong.

Seems pretty clear that Di María never wanted to be at United. Shame really, a lost year for a top player who could’ve made a real impact.

Wish Di Maria would have settled better think he could have done well, but don’t mind the £44mil we got for him, covers some signings! ????

Well done Di Maria, on becoming the biggest failure in PL history, and I wish you luck in breaking your legs. pic.twitter.com/DadNYPbrCV

Who sanctioned the purchase of Di Maria? Who sold him? It’s been a catastrophic piece of business. No other industry would accept it.