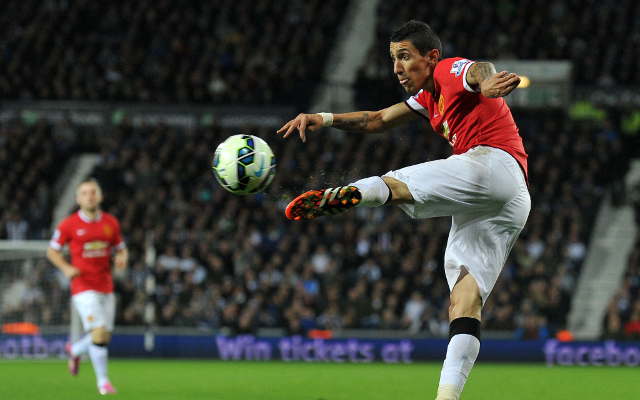 Manchester United attacking midfielder Angel Di Maria has left the club for a summer transfer to Ligue 1 champions Paris Saint-Germain, it has been confirmed on United’s official site.

The Argentine international leaves Old Trafford after just one season and only 32 total appearances for the Red Devils, having failed to really settle in in the Premier League after joining from Real Madrid last year.

After shining in Real’s Champions League-winning campaign of 2013/14, when he was regarded by many as being the team’s best player in the final victory over Atletico Madrid in Lisbon, Di Maria joined for what BBC Sport reported as a club-record fee of £59.7m.

Still, United never saw the best of the 27-year-old, who scored only four goals for the club after looking out of place in a number of different positions in midfield and attack.

With the Manchester Evening News also reporting that United look closer to signing Barcelona winger Pedro for £22m, it makes sense that Di Maria has been offloaded to be replaced by another big name wide-player, and perhaps one who could have more of an influence in Louis van Gaal’s side.

BBC Sport report that Di Maria’s fee will be around £44.5m, and that means that although the club will make a loss on what they initially paid for him, they can still bring in Pedro and make a healthy profit this summer on the exchange in midfield.

PSG have signed many of the world’s biggest names in recent years and the Di Maria transfer marks another exciting addition to a star-studded side including the likes of Zlatan Ibrahimovic, Edinson Cavani and Thiago Silva.