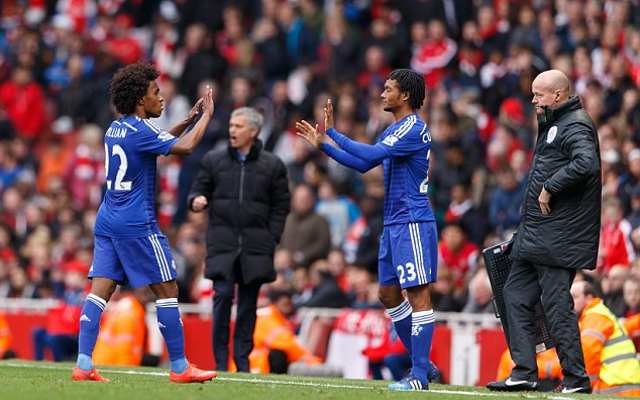 Barcelona are preparing to try their luck with a shock bid for Chelsea winger Juan Cuadrado this summer as a replacement for Manchester United-bound Pedro, according to sources in Spain.

The Catalan giants are keen to bring in another wide-player in the event of Pedro’s departure, and Luis Enrique is known to be a big fan of the Colombian international.

Cuadrado was a target for Barcelona last summer, prior to his January move to Chelsea, and his lack of playing time with the Blues could see him allowed a quick exit from the club.

Able to play on either flank, as well as at full-back, the 27-year-old could be a smart buy for Barca, though they would not be able to register him until January due to their transfer ban.