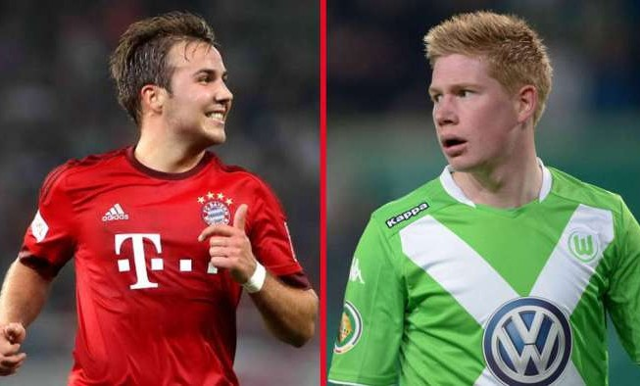 Manchester United have been told they can sign Wolfsburg winger Kevin De Bruyne for a fee of £50m this summer, according to latest reports.

The Red Devils are among the many admirers of the Belgian international, who has improved tremendously since being sold by Chelsea in January 2014.

Manchester City are also known to be keen on De Bruyne, but seem set to miss out as United emerge as possible new favourites, according to the Metro.

With Angel Di Maria set to sign for Paris Saint-Germain, a player like De Bruyne, who notched up 10 goals and 20 assists last season, looks an ideal replacement in attack.

Meanwhile, there has been strong suggestion that De Bruyne could be about to be replaced by Mario Gotze at Wolfsburg.