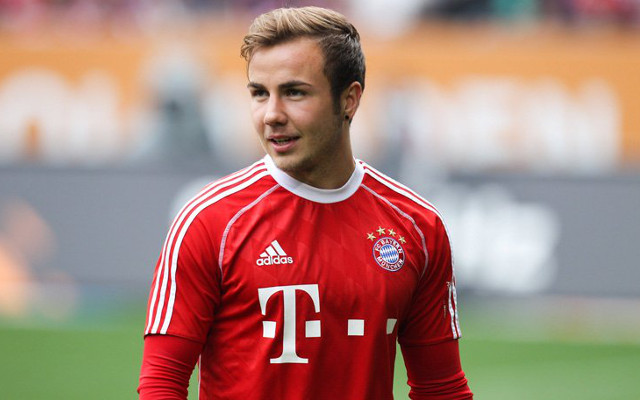 Bayern Munich star Mario Gotze has dropped a huge hint that he could be forced to leave the reigning Bundesliga champions this summer, Mirror Sport reports.

The German international has been linked with a move to the Barclays Premier League in recent weeks, with Arsenal and Manchester United both reportedly keen to sign the 23-year-old, who scored the winner in the World Cup final against Argentina last summer.

Following Gotze’s arrival at the Allianz Arena from Bundesliga rivals Borussia Dortmund in 2013, he has struggled to establish himself as a regular in the team under manager Pep Guardiola and was overlooked for their huge Champions League semi-final clashes against Barcelona last season.

This has led to rumours that he is unsettled in Bavaria and in an interview with German-based television broadcaster ZDF, Gotze has hinted that a decision to leave the club this summer could be forced upon him:

“I’m very, very happy here, From my side, I can say that I’m happy to play here, with these fans, with this club – it’s a fantastic job,” he said.

“I’m very happy with everything around me and with the things that happen here, but there are always two sides to everything,” Gotze added.