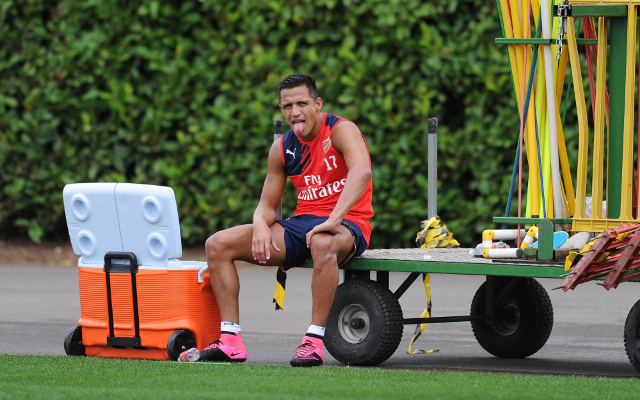 Arsene Wenger, the Arsenal manager, has provided team news ahead of the Gunners’ opening game of the Premier League season.

The north London giants welcome West Ham United to the Emirates, and will be aiming to carry their impressive pre-season form into the new campaign.

There was major news on Thursday morning, as it was confirmed that Jack Wilshere has suffered a hairline fracture to his right ankle following a heavy challenge from Gabriel Paulista in training, and will be sidelined for six to eight weeks.

Wenger has admitted his shock at the severity of the injury, but insists that the midfielder will overcome the setback and return with confidence.

More on @JackWilshere: “He’ll play with the same confidence and desire when he comes back.” #Arsenal pic.twitter.com/KADAWCmDhx

Meanwhile, Alexis Sanchez returned to training on Thursday – view pictures of the winger in action here – but will not be available for action for another 10 days, and therefore won’t feature on Saturday.

He looks set to be saved for their clash with Liverpool on August 24th.

Wenger on @Alexis_Sanchez: “He came back in good shape and should be available to play in 10 days.” #Arsenal pic.twitter.com/MhhD8BffeB

After helping Arsenal to victory over former side Chelsea in the Community Shield on Sunday, Petr Cech is set for another momentous occasion, as he is set for his Premier League debut in north London.

Wenger has revealed that Cech’s experience and class has made a significant difference to the Gunner side.

What’s more, with Arsenal’s start to last season far inferior to that of Premier League champions Chelsea, Wenger has insisted that they are aiming for the strongest of beginnings, and are ‘ready for a fight’ as they aim to challenge for the title:

Wenger: “We’re ready for a fight and we’re motivated to start well. One of our targets is to start strong.” #Arsenal