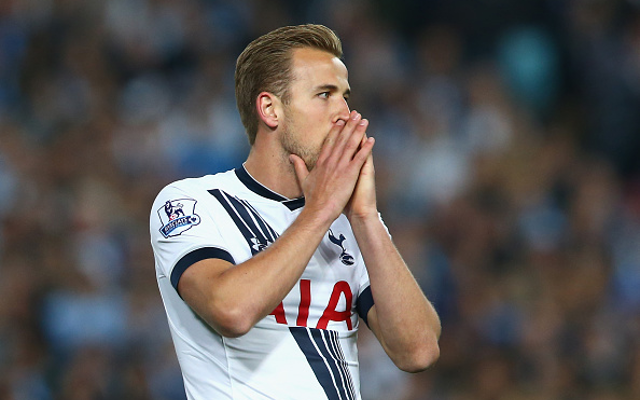 Tottenham Hotspur have handed Harry Kane the No.10 shirt ahead of the coming campaign, as revealed by the player on his Twitter account.

England international Kane had the following to say after learning of his ‘shirt promotion’: “Huge honour and privilege to be given the number 10 shirt.

“Can’t wait to get the season started tomorrow! #COYS”

Huge honour and privilege to be given the number 10 shirt. Can’t wait to get the season started tomorrow! #COYS

However, while Kane will surely be delighted with his new kit—having worn 28 previously and 18 last season—the news would appear to push Emmanuel Adebayor even closer to the exit door.

The Togo striker previously wore the No. 10 shirt, but following Kane’s promotion, he has been left without an official number.

This will surely fuel rumours of an exit for the ex-Arsenal forward, with Tim Sherwood having been linked with a move to take his former charge to Aston Villa.
Another player left without a shirt number is England winger Aaron Lennon.

The right-sided wideman spent the second half of last season on loan at Everton—where he performed with distinction—and is expected to leave White Hart Lane this summer.

As the club’s longest-serving player, Lennon may rightly feel a little miffed at having lost the No. 7 shirt, particularly with no one immediately lined up to take it.