There is plenty of talk on Arsenal in the transfer grapevine, with Real Madrid forward Karim Benzema continuing to dominate the headlines.

Here are the top five stories on the Gunners today…

Jack Wilshere suffered another major setback after being ruled out for six to eight weeks following a heavy challenge in training – resulting in a cracked fibula. Wenger has admitted that the midfielder’s playing style ‘provokes’ injury, but he’ll never change his ways.

“Sometimes it is a game that provokes maybe more challenges than Gilberto Silva who just sat there deep and played, or Mesut Ozil who plays less dribbling,” as quoted by the Mirror.

“Jack is a born football brain. He’s a creative brain. He has no handbrake. But that tells him to provoke in the final third. That’s where he creates all his chances.

“When he was 17 I told him sometimes ‘come on, you do not need to go in there’. Now I think he is shrewd. But this is purely accidental. It could have happened to anyone.

“Jack’s game is to provoke with the ball at his feet and go and penetrate. You take that away you change the player and you take one of his biggest strengths out of the game.” 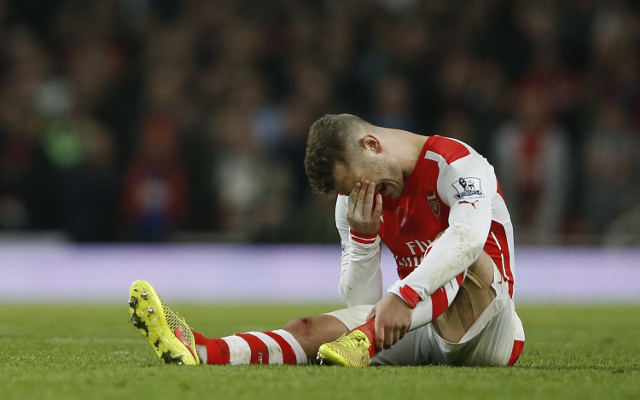