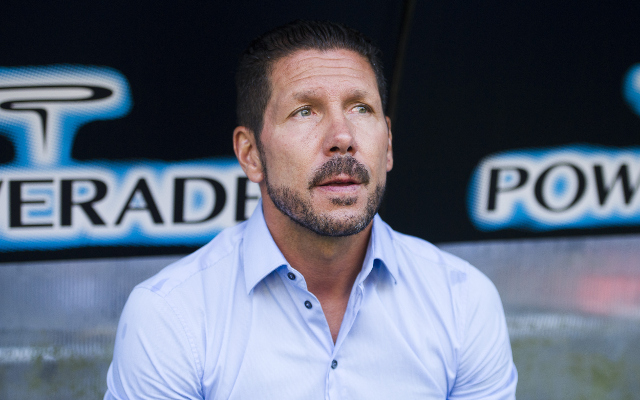 Diego Simeone, the Atletico Madrid manager, has confessed his fears in the final month of the summer transfer window amid reports that Premier League champions Chelsea may have made an offer as high as €65m (£46m) for key midfielder Koke.

Koke, according to Marca, is said to have been pursued by Chelsea and Bayern Munich, while goalkeeper Jan Oblak, striker Antoine Griezmann, and centre-back Diego Godin have also been the subject of major interest.

The Spanish newspaper claim that Manchester United have made a €35m bid for Oblak, Paris Saint-Germain tabled an offer of €60m for Griezmann, and Manchester City offered €40m for Godin’s signature.

While Griezmann has reportedly [via AS] extended his contract until 2019, such speculation on a number of Atleti’s crucial players may have left Simeone nervous as deadline day fast approaches.

“In football, the most dangerous month is August. We have to be on full alert at all times. Let’s hope nothing unexpected happens. As far as we are concerned the squad is 99 per cent closed,” the Argentine manager told AS.

“It (the squad) will be [100 per cent closed] from midnight on 31 August. Until the transfer market closes, you can’t say anything. August always makes me feel nervous. It worries me a lot.”

Simeone’s side kick off their La Liga BBVA campaign on August 22nd against newly promoted Las Palmas at the Estadio Vicente Calderon.