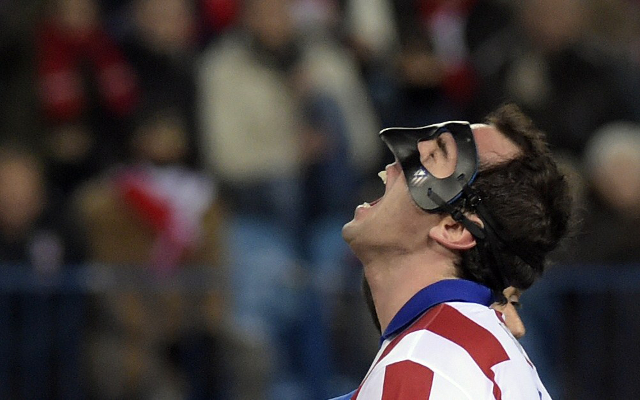 Atletico Madrid defender Diego Godin has turned down a move to Man City according to Spanish source Marca (via ESPN).

The no-nonsense Uruguayan international has been hugely impressive at the Vicente Calderon in recent seasons, playing a key role in Atletico Madrid’s La Liga title triumph in 2013/14. Diego Simeone will surely be happy to have retained the South American’s services for the coming campaign.

Marca claim Man City were ready to fork out £40m for the 29-year-old, but the former Villarreal man wants to stay at Atletico Madrid and is ready to sign a new deal with the club.

Manuel Pellegrini saw Vincent Kompany-usually such a reliable defender-struggle for form for patches of last season, while big-money signing Eliaqium Mangala took time to adapt to life in the Premier League, meaning that City conceded more goals than any other side in the top four.

Godin moved to the Spanish capital in 2010 and has made 210 appearances for Atletico Madrid.

Pellegrini has moved to strengthen other areas of his squad this summer with the capture of England international pair Raheem Sterling and Fabian Delph from Liverpool and Aston Villa respectively.

The Chilean coach will be looking to mount a Premier League championship push in 2015/16, with City having meekly surrendered their title to Chelsea last season. There has been growing speculation that Pellegrini could be replaced by Bayern Munich’s Pep Guardiola next summer (via The Daily Telegraph), heaping the pressure on the ex-Real Madrid coach to bring significant silverware to the Etihad Stadium.