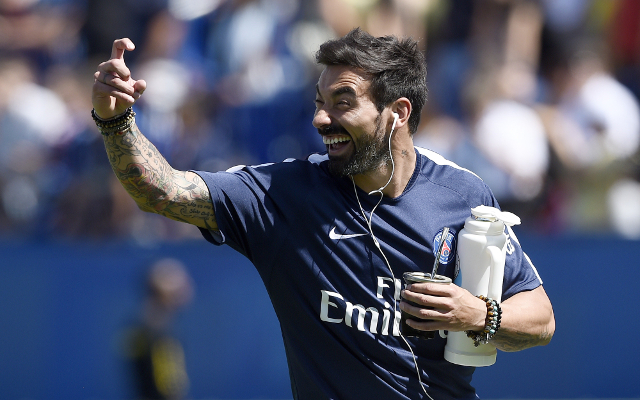 Tottenham are hot on the heels of PSG forward Ezequiel Lavezzi according to reports in Italy, via the Metro.

The Argentine international has had an up-and-down time since leaving Napoli for the Parc des Princes in 2012, and the recent arrival of Angel Di Maria could lead to the 30-year-old’s chances of being a regular in Laurent Blanc’s first team set-up being limited.

The Metro claims that Liverpool are also keen on Lavezzi, who has scored 32 goals in 136 appearances for PSG, and could offer Mauricio Pochettino a strong option to boost his White Hart Lane attack.

The Argentine coach was indebted to young England international Harry Kane last season, with the Tottenham boss seeing senior forwards Roberto Soldado, Emmanuel Adebayor and Erik Lamela all fail to weigh in with the goals expected of them.

Lavezzi can play out wide or in a central striking role and is an experienced campaigner who has just a year to run on his current contract (via Goal.com). As such, he could be available at a cut-price.

As far as Tottenham’s wide-attacking options go, both Aaron Lennon (via The Sun) and Andros Townsend (via the Daily Mirror) have been linked with summer exits, and Lavezzi would surely represent an improvement on the England international pair, both of whom have been wildly inconsistent.